Schizophrenia Awareness - For Hospitality & Beyond!

Throughout that week we grew our knowledge and searched for ways that we can help support those with Schizophrenia in hospitality.

We found little to no resources which talk about Schizophrenia in relation to the hospitality industry.

What we do know is that only around 13% of people living with schizophrenia in the UK are in any kind of work - we also know that this number is declining.
That's why the information in this infographic is relevant to everyone, no matter what sector you work in. 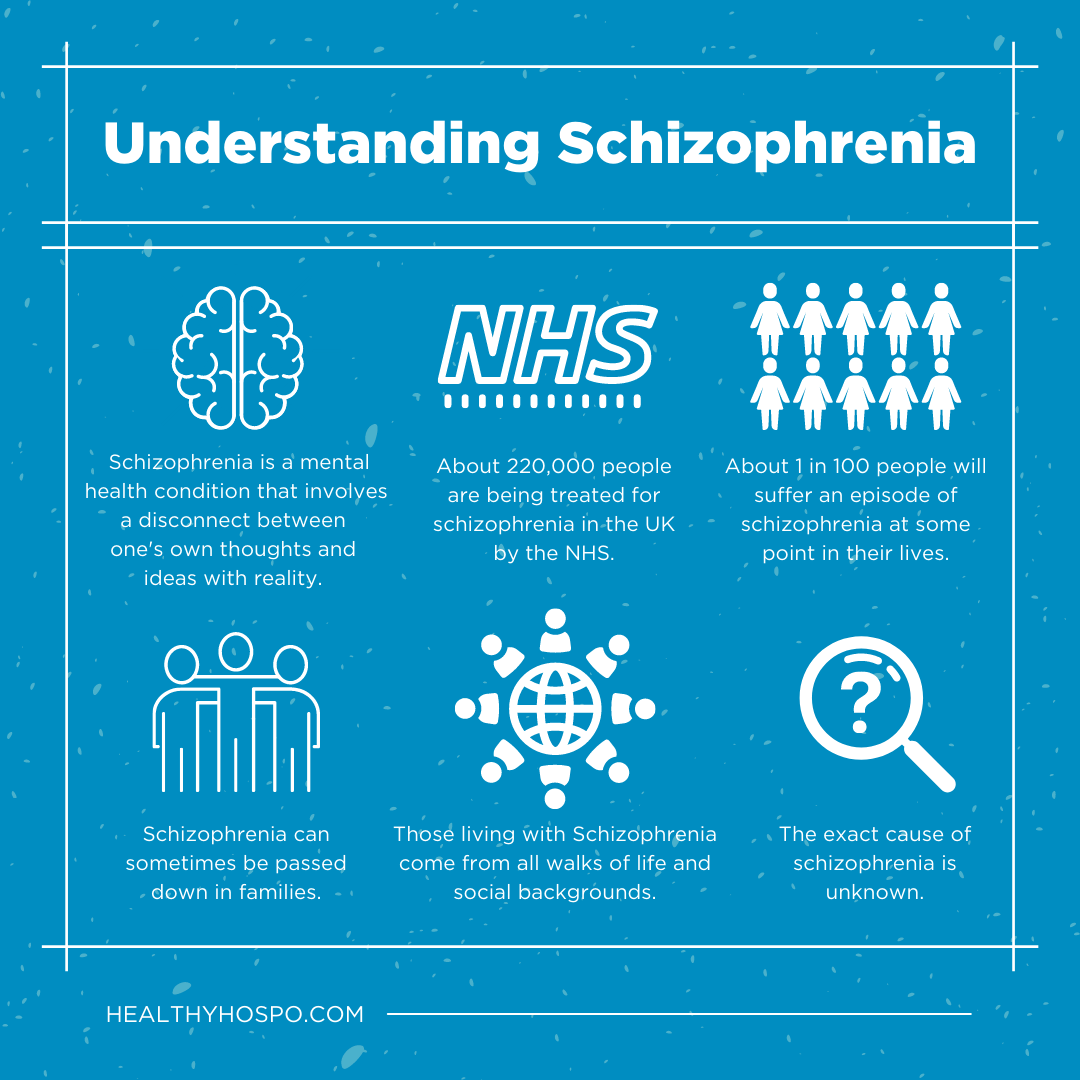 Delusions - or beliefs not based on reality, e.g. someone believing that they’re a c historic or religious figure - most commonly associated with Paranoid Schizophrenia. This isn’t the same as Dissociative Identity Disorder, where someone has a separate, additional personality.
Hallucinations - or seeing, hearing, and feeling things no one else can, e.g. someone might hear music, voices that say cruel things, or see (and touch) animals that aren’t really there - most commonly associated with Paranoid Schizophrenia.
Cognitive Symptoms - concentrating, speaking clearly, or answering questions, e.g. someone might use words or phrases that don’t make sense, say things you can’t understand, or repeat the same phrases - most commonly associated with Hebephrenic Schizophrenia.

Reasons why we should break the stigma around mental health:
Stigma is one of the biggest problems facing people living with mental illness, with some claiming that stigma can be worse than the symptoms of an illness itself.
Stigma has adverse effects on people’s psychological health, increasing feelings of isolation, poor self-esteem and hopelessness.
Stigma causes discrimination in employment, education and housing.
Schizophrenia: Debunking Myths
There is much stigma around schizophrenia symptoms. This stems from many factors, namely a lack of understanding, a tradition of demonising mental health and unbalanced reporting in the media.
These factors create myths surrounding schizophrenia that are inaccurate and damaging.
Danger - Schizophrenia does not cause someone to be violent or have a split personality.
Poor Parenting - Schizophrenia is not caused by poor parenting or over-concerned mothers: nor is it caused by adversity in childhood.
No Recovery - Whilst there is no cure, with the correct treatment plan and support individuals can lead happy and fulfilling lives, with some people going on to recover completely.
Myths and assumptions about Schizophrenia have been perpetuated in British mainstream media throughout history.
News reports that focus on the violence of individuals with mental health issues, outnumber news reports that take a sympathetic approach by 4 to 1.
To break this stigma, we must continue to debunk, challenge and re-write these myths. 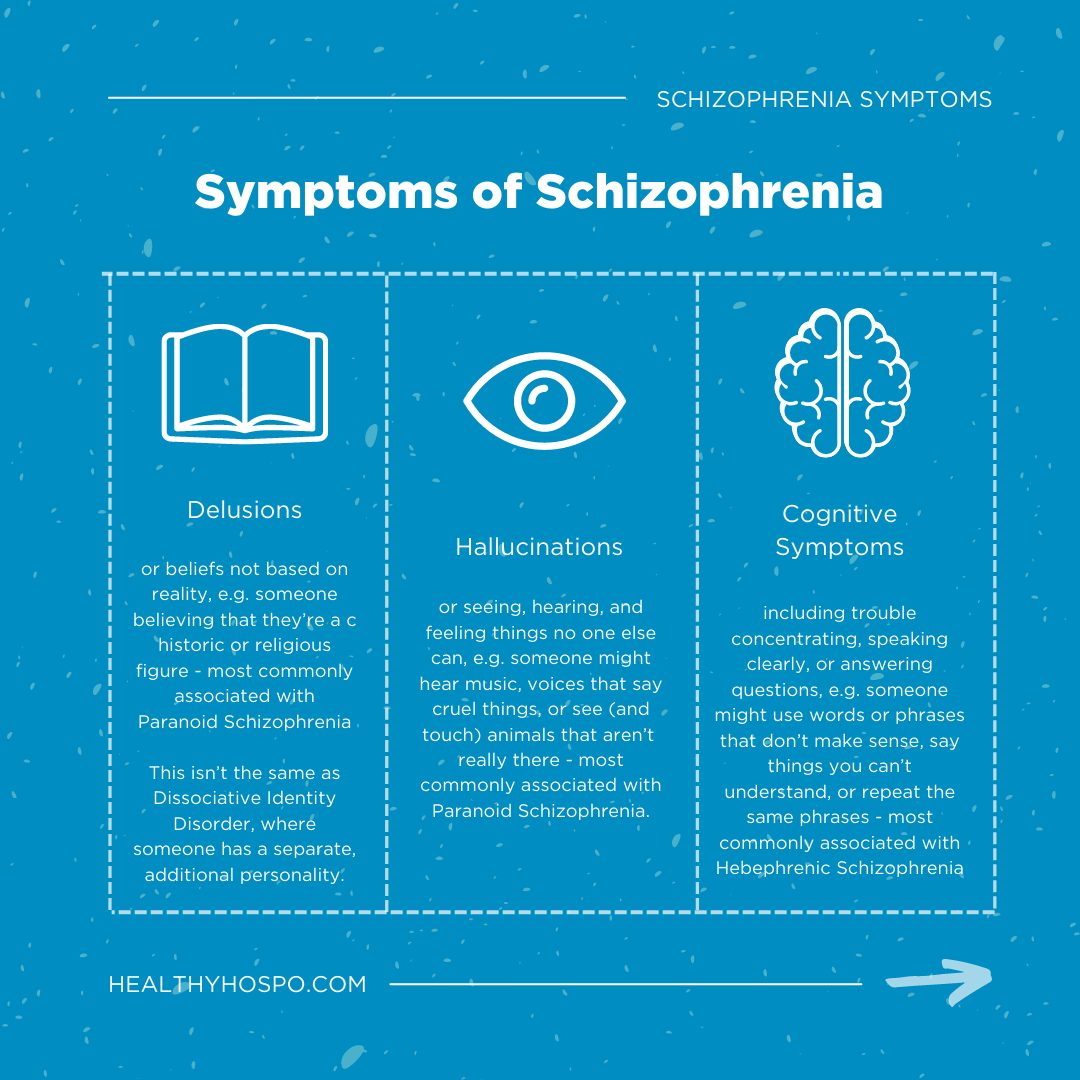 Professional treatment and support can go a long way and people with Schizophrenia can get better.
In fact, approximately 1 in 4-5 people recover completely and go on to live independently without further episodes.
Your compassionate support makes a difference and can motivate someone to seek help for symptoms and keep up with their treatment plan.
If we individually make a conscious effort to learn about mental illness, challenge stigma and support those who need it, then together we can make a difference in how mental health is viewed in the workplace - and beyond. 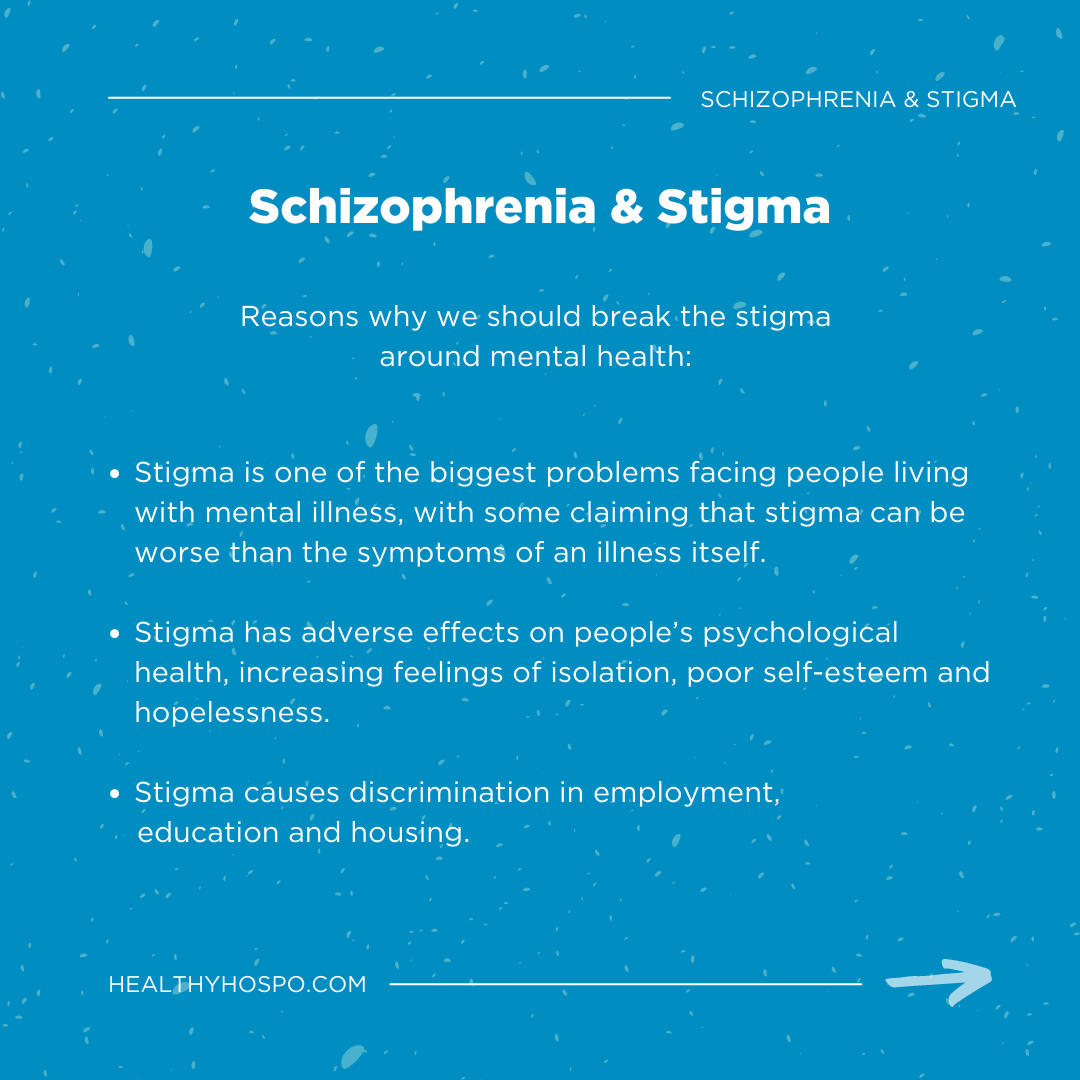 If you or someone else needs help:

Rethink Mental Illness (rethink.org) offers practical help on a wide range of topics such as The Mental Health Act, community care, welfare benefits, and carer's rights. They also offer general information on living with mental illness, medication and care.
📞 Advice and information helpline: 0808 801 0525
💬 Web chat service: accessible via there website
📧 Email: advice@rethink.org
✍️ Write: Rethink, PO BOX 18252 Solihull B91 9BA
If you or someone you know thinks that they are experiencing Schizophrenia, it is important to contact your GP.

Get our weekly shot newsletter filled with interesting things, updates, new lessons, and invites to our events.
Thank you!
Copyright © 2022
Created with